One of Amsterdam’s most underrated attractions is its Western Islands. The incredibly serene islands of Bickerseiland, Prinseneiland, and Realeneiland make you feel like time flows at a slower pace.

The Birth of Three Islands

The islands are not far from central Amsterdam, only a 10-minute walk (or five by bike) from Central Station. It is a quiet and wonderful place to take a stroll.

It all began in the 17th century, when the islands were made artificially to extend Amsterdam`s harbor in the West side of the city. Due to its strategic position, the Western Islands were used for warehouses and shipyards. Many other small businesses set up a shop here, leading to a thriving mercantile activity.

The three islands were initially named Front, Middle and Back Island (Vooreiland, Middeneiland, and Achtereiland). But after some time they were given better names. Bickerseiland was named after the merchant Bicker family. The Prinseneiland was named to honor the first three Princes of Orange. Realeneiland got its name after Jacob Reael, a 17th-century merchant.

Prinseneiland and Realeneiland are linked by Drieharingenbrug,. This is a timber drawbridge that has replaced the retractable pontoon that used to let ships pass. The Drieharingen Bridge is the narrowest drawbridge in Amsterdam. It was named after the house De Drie Haringen (meaning the three herrings) which is right at the end of the bridge. The Western Islands are home to many cute and colorful bridges. The islands are connected to each other by timber sling bridges, such as the large Sloterdijker bridge to Prinsen Island and Zandhoek’s two bridges. 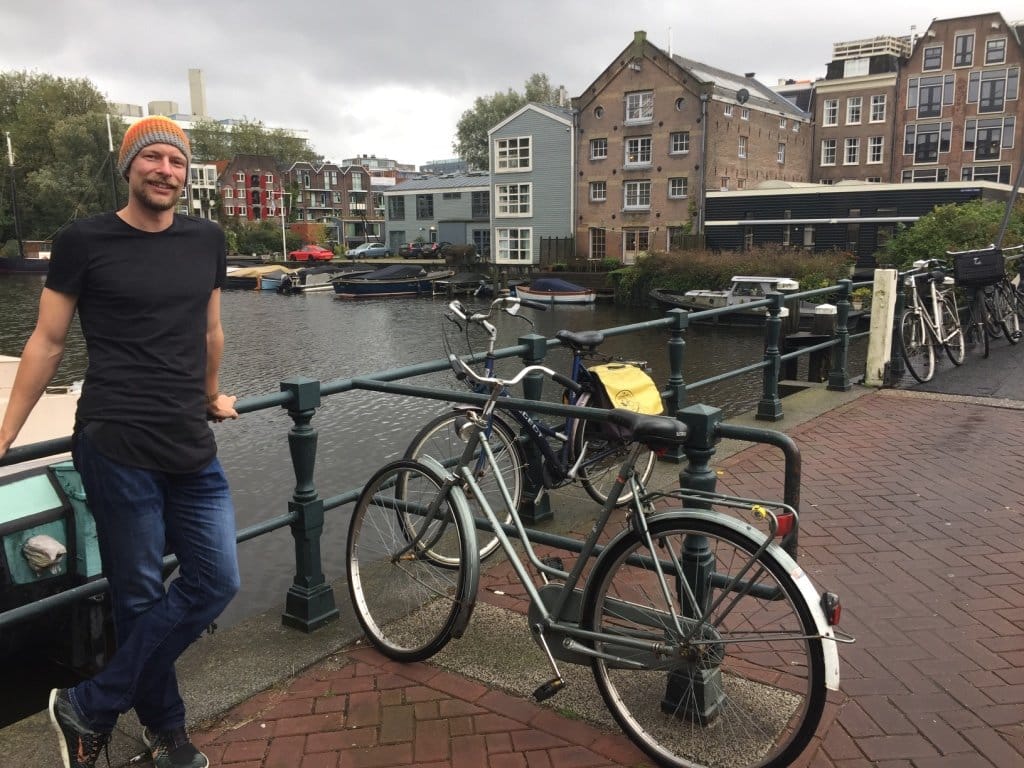 The Zandhoek, on Realeneiland’s eastern shore, used to be, in the 17th century, a ‘sand market’ where ships bought bags of sand to be used as ballast. Now, the waterfront has been modernized to be a yacht harbor with a picturesque view of the water. A street south of the Zandhoek, Galgenstraat (Gallows Street), got its dreadful name because you could see the executions in Amsterdam Noord by standing on that street.

Unlike its eastern counterpart, the Oostelijke Eilanden, what went down in Western Islands was not related to any trading activities with the Dutch East Indies. They mostly served for trading with the Middle East (Levant) and the Baltic Sea.

The warehouses on the Western Islands were used to deposit many goods Think about grains, tobacco, wine, salt, herring, anchovies, and tar. Because of this, many of the streets on these islands bear the names of the goods that were stored here in the past.

However, in the 19th century, the trading activities had to be relocated to the Eastern Docklands. The ships got too big to dock in the West, which ended the island’s 2-century trading activity.

Western Islands since the 1950’s

After a period of neglect, the area and its warehouses went through a makeover and became beautiful apartment buildings. But their history has been preserved, as the buildings still have their old facades even to this day.

The Hidden Gems of Amsterdam by Bike is a tour dedicated to showing people Amsterdam’s more hidden sights which have their own unique charm, such as The Western Islands. You’ll get to ride your bike on the peaceful streets and find out more about the history that resides here.

The area was revived as many artists and bohemians settled here to form a strong artistic community. Those that enjoy peace and quiet are in luck, as there are almost no motor vehicles or traffic. You can’t shop in many places there (a few small corner stores or second-hand stores here and there), so most people you’ll come across here will be mostly locals.

Even though they are so close to the city center, the islands seem to exist in a little place of their own. Little wooden bridges connect the islands. You’ll find many old buildings and all kinds of boats, charming drawbridges and quiet lanes with lots of greenery.

The islands are one of the city’s most secret attractions. Only someone that has lived in Amsterdam for some years can know of this area. I know this because I only found out about this enchanting place after I have been living in Amsterdam for six years.

My favorite place is a little grass field. I take people there to relax under the shade of a tree or dive from the bridge for a swim. If you want to impress your lover, then take him or her on a picnic date to this place. It is quiet and intimate, and you’ll definitely be rewarded with a kiss. I know I got mine.

Even as the years have gone by, the Western Islands maintained their unique relaxed character. Serving as an oasis of calm which is just a few minutes from the hustle and bustle of Amsterdam.

Close to the Western Islands is Westerpark with lots of green spaces, water fountains, and many playgrounds and entertainment areas. Here you will also be able to find a variety of chic cafes, boutiques, and art galleries.