Forget about the 25th of December, the real excitement around the Winter holiday season for the Dutchies is around the 5th of December. As a tradition in the Netherlands that can be traced back to 343 AD, Sinterklaas is a legendary Dutch character certainly worth knowing about! You’ll also perhaps have heard something about the controversies surrounding the ‘Zwarte Piet’ characters. So read on to get familiar with the most anticipated, and often divisive event of the year! 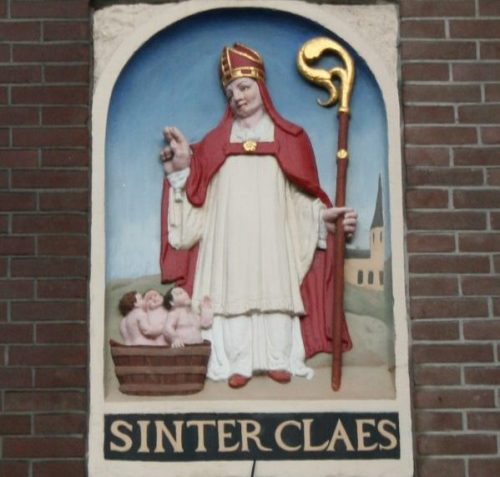 Main guy sound familiar? The name ‘Santa Claus’ came from Sinterklaas: the authentic legend of wintertime celebrations. Dressed in striking red robes, with a long white beard and silky locks to match, Sinterklaas leads a procession through Dutch towns each year. Sinterklaas’ arrival is often by boat, or even astride his white horse Ozosnel (oh so fast), and involves giving out sweets and small gifts to the children who gather to watch their arrival. Yes, it’s as extra as it sounds. Adored by children and adults alike, the traditions and celebrations surrounding Sinterklaas’ arrival are equally as good fun. 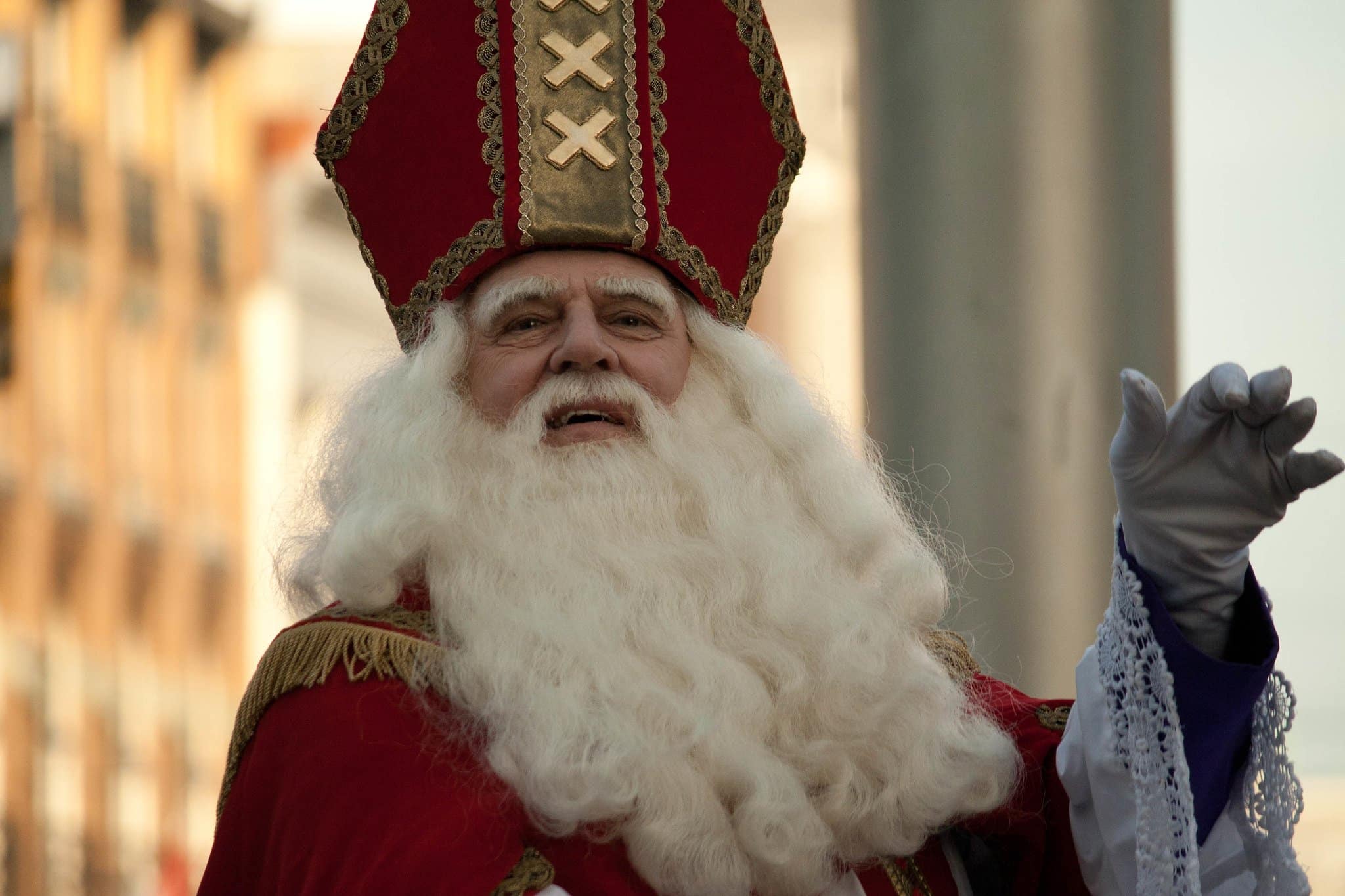 Amsterdam is host to the largest Sint Nicolaas parade in the world, with up to 400,000 spectators lining the canals each year! Sinterklaas sails into the city surrounded by impressive floats blaring out music via the Amstel river, to then be welcomed by the Mayor of Amsterdam themselves. FYI: Sinterklaas’ arrival in Amsterdam takes place in mid-November but the exact date varies each year. 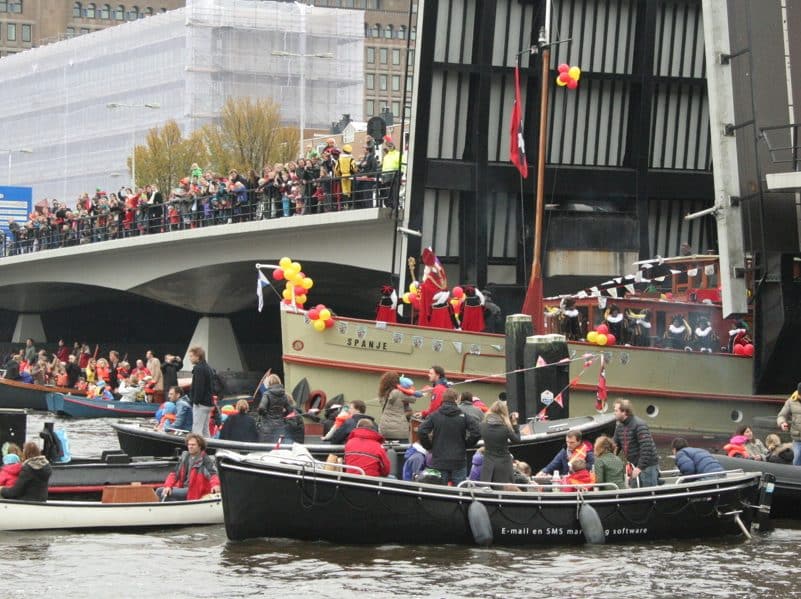 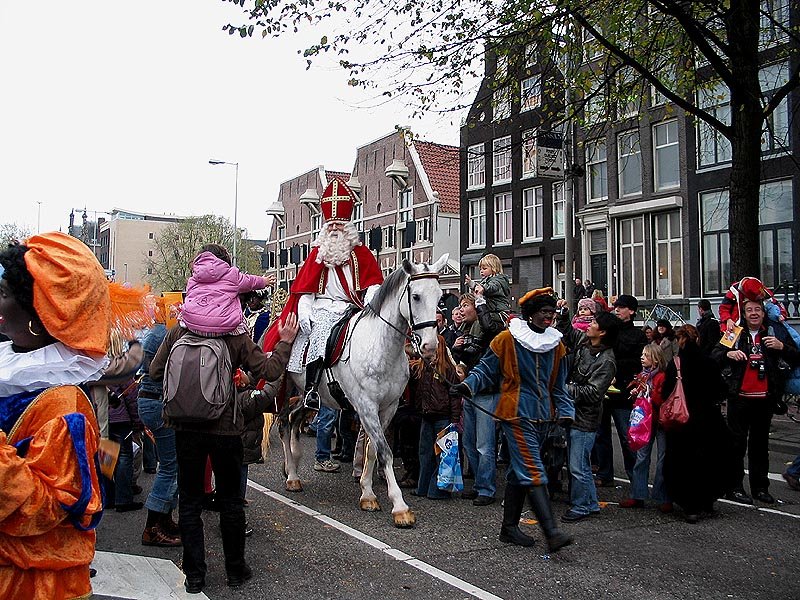 Servants and shoes with presents

Sinterklaas travels traditionally with his servants, called ‘Zwarte Pieten’ (‘Black Peters’), who jovially hand out sweets and traditional cinnamon pepernoten biscuits. Since the 1960s, the Zwarte Pieten have been subject to controversy due to the use of blackface, black makeup worn by white people that plays on stereotypical and discriminatory depictions of black people. In Amsterdam’s 2018 Sinterklaas parade, the traditional ‘Zwarte Pieten’ were replaced by Schoorsteenpieten (‘chimney Peters’). But more on this later…

Now Sinterklaas is officially in town, children leave out their shoes before bedtime each night. In their shoes they leave their wish list for Sinterklaas and that often goes together with a drawing for Sint and Piet or a carrot for Ozosnel, the horse of Sinterklaas. They hope that Piet might have delivered gifts through the chimney to those who have been good by the morning!

These gifts are often chocolates or biscuits in the shape of the first letter of their name. On ‘sinterklaasavond’, the evening of the 5th of December Sint leaves a hefty sack of presents before he heads back to sunny Spain! Poems, nowadays often written in more of a light-hearted ‘roast’ style, are anonymously written for everyone attending the gathering and are read aloud, songs are sung, and hot chocolates sipped! 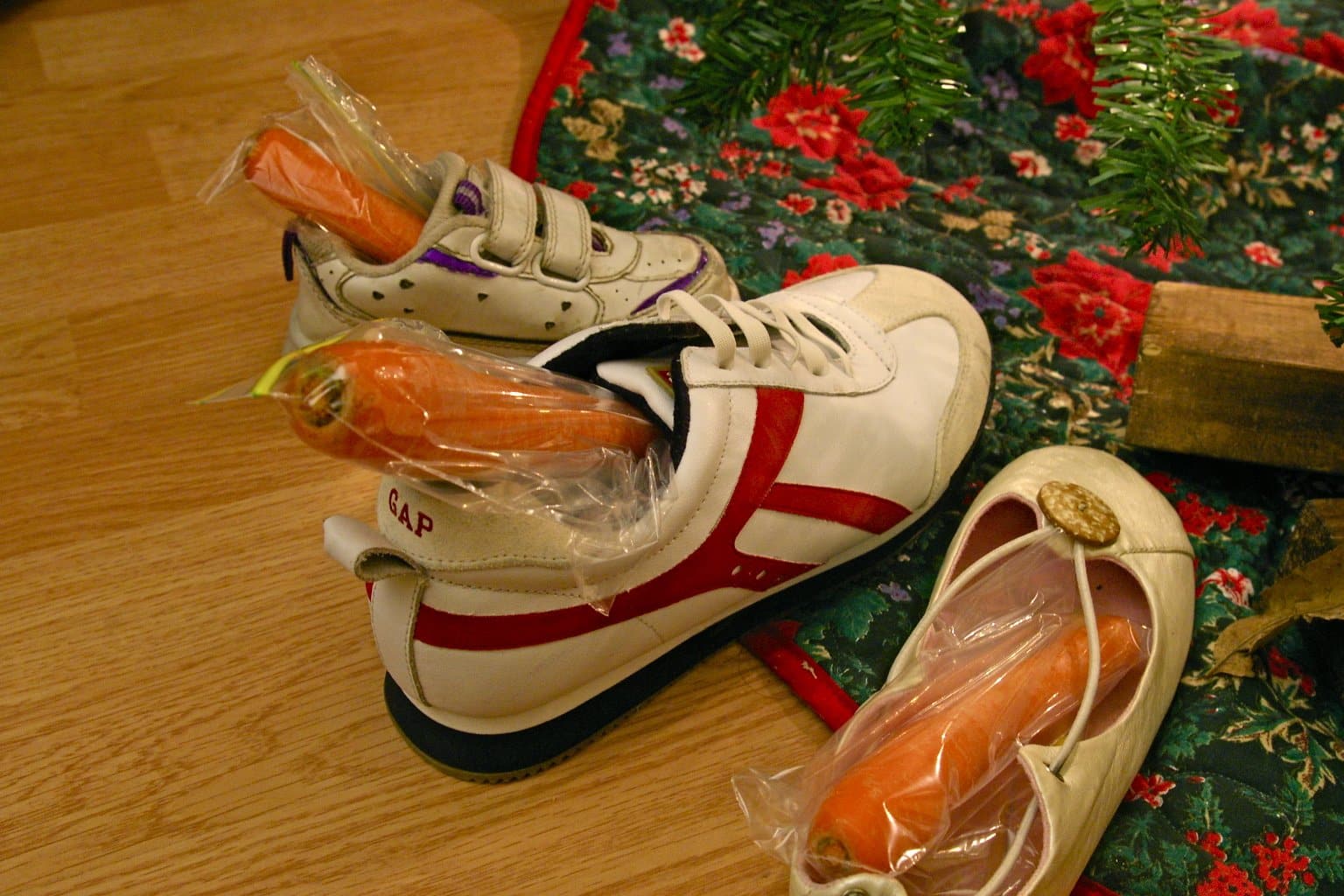 The character of Zwarte Piet, Sinterklaas’ helpers, has been a controversial subject for decades owing to the use of blackface. Many Dutch people grew up with Zwarte Piet, and have fond memories of the character that many don’t feel are in any way racist.

But no matter your personal feeling towards the character of Piet, the implications and colonial history behind the traditional portrayal of Zwarte Piet are undeniable. While the most loved characteristics of the Pieten have remained unchanged, like their cheerfulness, and supply of pepernoten, adaptations to the appearance of Zwarte Piet have been made.

Piet now appears with light streaks of soot on their faces from coming down the chimney with gifts, rather than with traditional blackface makeup. At least, this is the case in bigger Dutch cities: controversially, in rural parts of the country, you can still encounter the traditional characterisation of Zwarte Piet. 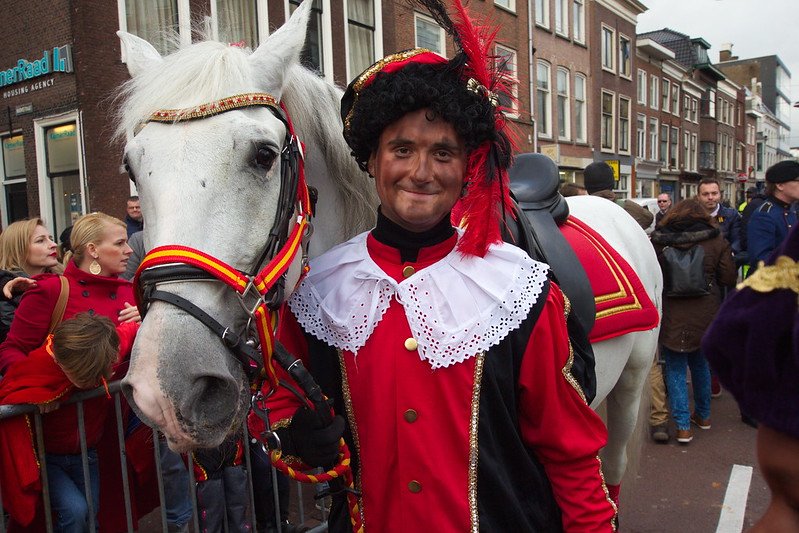 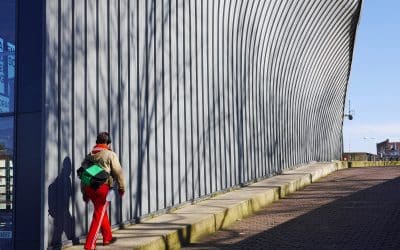 What can you do as a tour organization in the months when no one is going to travel and is obliged to stay at home? Sulking at home is not really for us, so we went to see what we can still do with the oceans of time we now have.

END_OF_DOCUMENT_TOKEN_TO_BE_REPLACED 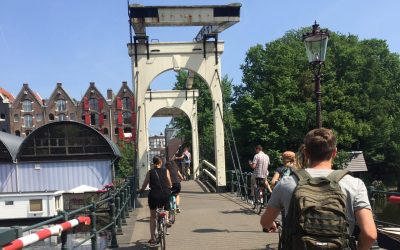 How to ‘survive’ a Bike Ride in Amsterdam

You decided to come to Amsterdam, the bike capital of the world. On the first day of your visit to Amsterdam you are almost runover over by cyclists several times. Can you imagine to get on a bike yourself?

END_OF_DOCUMENT_TOKEN_TO_BE_REPLACED 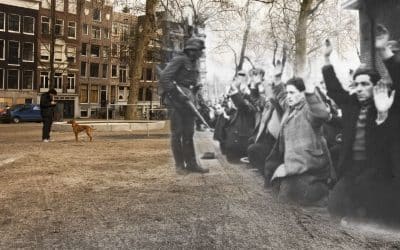 The horrific stories in the Amsterdam Jewish neighborhood

When booking an experience we always feel that you get more out of it when you have done some research. Needless to say, you can do a lifetime of reading on WWII history and still not feel that you have covered it all.